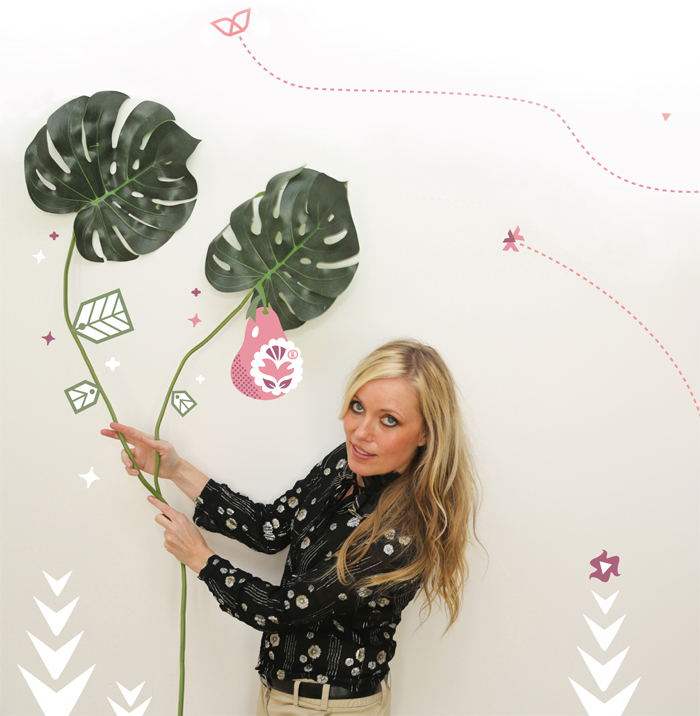 La Shuks is a contemporary visual artist who has exhibited across the UK as well as internationally.

Born in London, but having grown up in Korea, Hong Kong and Dubai, and then travelling extensively, La Shuks (aka Katie Mac), now finds herself back in the UK, based in Brighton.

These steps are pushed/pulled, twisted/turned and loved/loathed...........until they can be coaxed into finality, but most importantly until a satisfied artist emerges! They are produced as limited edition giclee prints, which might then be hand finished with gold leaf, diamond dust or other adornments, to create one-of-a-kind pieces.

This coalescence of real/abstract, organic/artificial, analog/digital, are the contrasts that Katie has adapted, honed and unified over the years, into a process of production whereby; energetic, forceful, compelling and wholly vibrant art works are made.

A deeper dive into the pieces themselves reveals what a huge impact her international childhood has had on her creations. There are swathes of logos, symbols, adverts, graffiti.........all stemming from a youth fascinated by the glowing cartoons, and hugely colourful graphics on snack packaging in the supermarkets of Asia. That transferred into a young adult life of travel, which instilled a more mature view of the Earth and a profound love of nature.

Through multiple arty incarnations, La Shuks was finally born, and so was her concept:

-a future earth, long abandoned by humans, yet littered with all the evidence of their past existence
-emblems, adverts, trademarks, symbols, brands......have seeped into the soil
-over time these assimilate with the flora and fauna, fusing and weaving, into the wind, rivers, mountains, the atmosphere
-becoming part of all, germinating into a new development of the planet
-this becomes earth's new nature, forming wild and unknowable elements
-these art pieces are but a snap shot of that evolution

"I love the contrast of using photographs of nature, strong and grounded in real life, plus traditional techniques such as painting and drawing, and then using digital collaging techniques to morph them into composite scenes of unique semi real & semi fantasy landscapes. It's future nature!" (La Shuks)

The Other Art Fair, London, October 2017

Get in touch with La Shuks:

Back to Home Page